10 new trailers you should watch this week

Published by SaidulBadhon on February 15, 2020 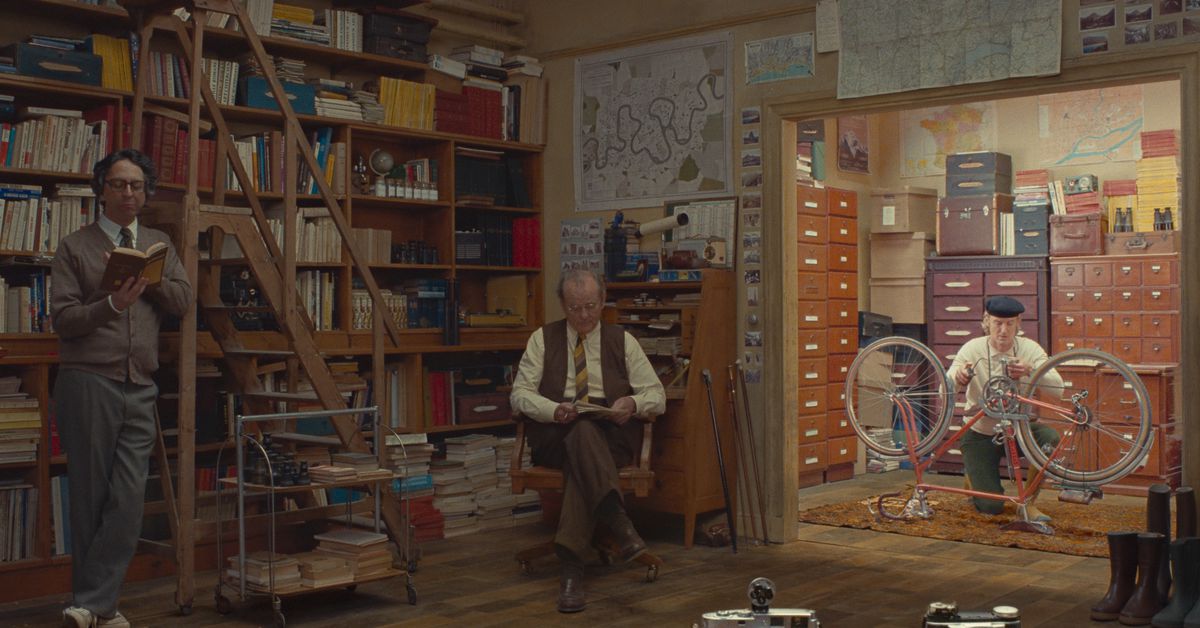 Every year ahead of the Oscars, all of the animated and live action shorts get bundled together and screened in theaters so people have a chance to check them out. I always go see the animated ones, and they’re always a lovely, strange, beautiful, and very mixed bag.

This year’s had some obvious standouts: Hair Love, which won, really deserves to be a feature; and Kitbull, by Pixar, was heartbreaking and had the best animated cat I’ve ever seen. The other three had some lovely animation — Daughter was my least favorite of the package, and even that one I admired for the way it brought a natural, shaky camera movement to stop-motion animation, which is something I’ve never seen before.

The company that packs all the shorts together always pads out the running time with a few other short films from the year that didn’t snag a nomination. Usually, they’re appreciably worse. But this year, one of the bonus films was among my favorites and deserved to be a contender. It’s called Hors Piste, and it’s just six minutes of wonderfully goofy and perfectly done slapstick comedy. I understand why it wasn’t nominated. It’s not “serious,” but that’s exactly why it’s so refreshing.

Check out 10 trailers from this week below.

This is pure Wes Anderson, and there’s not much more to say. The film is about a fictional New Yorker-esque magazine, and it also depicts several of the (also fictional) stories being published in the magazine’s final issue. The trailer is impossible to follow because of how many stories seem to be going on, but really, who cares? It looks great. The film comes out July 24th.

Here’s the thing: after this trailer came out, I read the Wikipedia synopsis for the story of the Green Knight, and it’s just bonkers. None of it makes any sense. But it kind of seems like this movie is playing into that? It comes out May 29th.

We don’t have a season four release date yet, but Netflix pushed out a first teaser for Stranger Things’ next season this week and revealed the return of one obviously not dead character. It looks like we’re headed to Russia this season.

This isn’t even a trailer, it’s a “camera test,” which is kind of a ridiculously early release to include in a trailer roundup. But it’s for a big title, so here it is: a first look at Robert Pattinson as Batman. The movie is currently scheduled to come out in June 2021.

The premise is more than a little twee, but it’s worth keeping an eye on Run. Phoebe Waller-Bridge is an executive producer and has a recurring role on the series, which seems like as good a reason as any to check in. The show debuts April 12th.

The Personal History of David Copperfield

The main thing you need to know about The Personal History of David Copperfield is that the Charles Dickens’ adaptation is directed and co-written by Armando Iannucci, the creator of Veep, and it looks just as ludicrous as you’d expect. The film comes out May 8th.

RZA’s latest puts T.I., Wesley Snipes, and Ethan Hawke, among others, in a heist movie about four friends who rob a casino to stay afloat after New Orleans is hit by Hurricane Katrina. It comes out April 10th.

All I can say is that this trailer did not go where I was expecting it to go. Indiewire calls the film a “wholly unclassifiable genre thriller” and notes that it dominated Brazil’s box office when it came out last year. Now it’s coming to the US, starting in New York on March 6th.

You’ve gotta give this one a minute, but it’s worth it. The film comes out March 20th.

Samsung’s profits are slightly up during the COVID-19 outbreak

Samsung Electronics is one of the first major tech giants to announce earnings figures since the coronavirus pandemic broke out, and so far at least the company appears to have been relatively unaffected. In guidance Read more…

Basic toilets seem extra boring after learning about an experimental smart toilet that detects health problems. Taylor Martin/CNET Going to the bathroom could end up relieving your health anxieties as well as your bladder. Researchers Read more…

NFL Commissioner Roger Goodell has reportedly informed all 32 teams to be ready to conduct the 2020 player draft in a “fully virtual” format. Rich Graessle/PPI/Icon Sportswire via Getty Images For the most up-to-date news Read more…