Published by SaidulBadhon on July 3, 2020 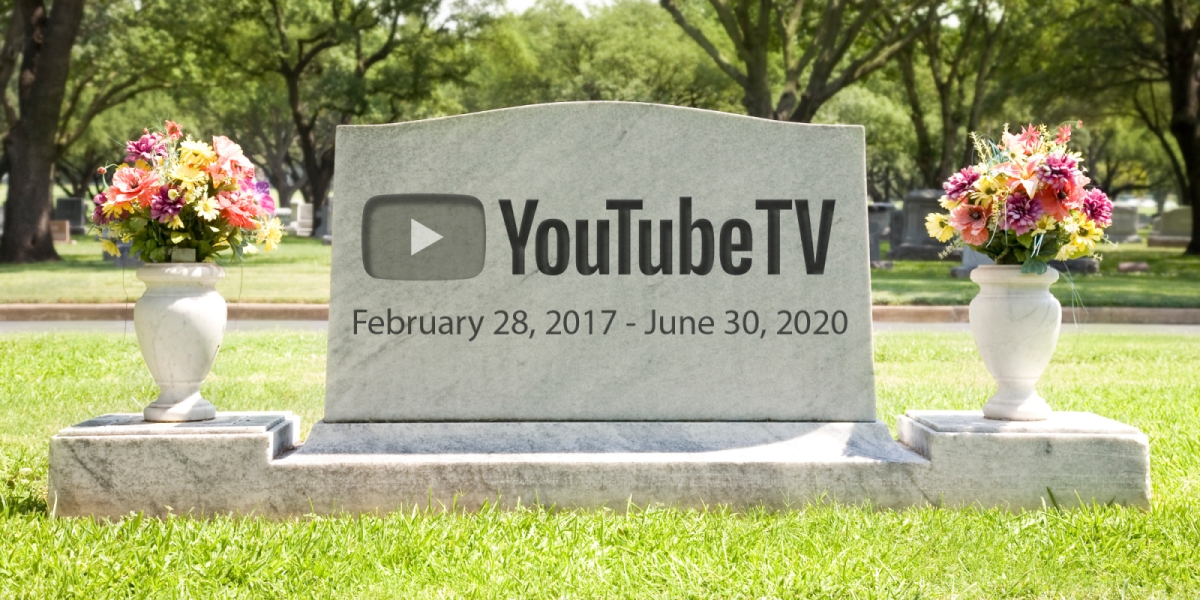 Google this week “updated” (its wording, not mine) the pricing of YouTube TV from $50 per month to $65 per month. The price increase for the over-the-top internet television service comes just over a year after the last increase from $40 per month. In the space of 15 months, YouTube TV’s price has jumped 62.5%. When it launched three years ago, it cost $35 per month. Put simply, YouTube TV is dead.

YouTube TV customers are cord-cutters. That means they canceled their cable TV subscription to avoid paying increasing prices for channels they do not watch. What is Google’s business strategy here? “Let’s force new channels on our hypersensitive-to-cable-TV-prices customers and charge more. They’ll love it. Oh, and let’s make sure to do it during a pandemic-induced recession.”

Every YouTube TV price increase to date has talked up additional channels. Just like before, there’s no option this time to skip the new channels and not pay the extra 30%. YouTube TV is simply another cable TV service masquerading as an over-the-top streaming service.

To keep bringing you the best service possible, we are updating our membership price to $64.99. This new price will be effective immediately for new members, while existing members will see the new price beginning 7/30.

I can’t think of a better example of how to completely disregard what your customers want and destroy your service. I expect there will be YouTube TV case studies galore in a few years if Google doesn’t change course. The company will have to do some serious soul-searching to resuscitate YouTube TV after this one.

To be fair, YouTube TV’s main difference from these services is live sports. But that’s still no excuse for almost doubling the price in three years and pointing to new channels that users don’t want as the excuse. (When YouTube TV lost Fox Sports earlier this year in some regions, it did not reduce its monthly price.) All YouTube TV had to do was keep charging $35 per month for sports and whatever other channels it could pull off at that price. An increase to $40 would have been acceptable (though again, not during a pandemic). An increase to $40, then $50, and then $65 is not.

I’ll stick with just Netflix. Sure, the price goes up a dollar or two every few years, but at this rate, I’ll be dead before Netflix costs $65 per month.

ProBeat is a column in which Emil rants about whatever crosses him that week.

In July, St. Louis was still scrambling to raise $500,000 to buy machinery that would allow him to test the fabric used in masks. Meanwhile, he refers inquiries about mask testing to a company in Read more…

Internal docs show TikTok classified more than a third of its 49M US DAUs in July as 14 years old or younger, raising concerns about safeguards for preteens (New York Times)

About This Page This is a Techmeme archive page. It shows how the site appeared at 9:05 AM ET, August 14, 2020. The most current version of the site as always is available at our home page. To view Read more…

Humans have known that Earth is round for more than 2,000 years, but despite this, many conspiracy theorists are still adamant that our planet is flat. Now, one man has posted a mind-blowing video from Read more…