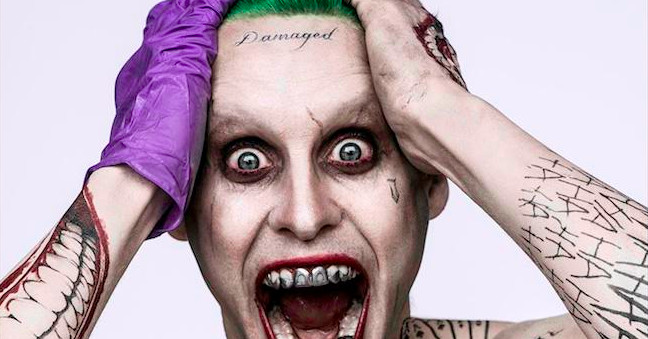 Just when we thought the drama surrounding Zack Snyder’s Justice League couldn’t get any weirder, it seems Jared Leto’s…. controversial take on the Joker will be appearing in the director’s cut of the 2017 superhero team-up when it hits HBO Max next year.

Leto, who infamously played the role of the Batman villain in 2016’s Suicide Squad, is reportedly joining the ongoing reshoots for the new Justice League cut, according to The Hollywood Reporter.

It’s not entirely clear what role Leto’s Joker will play in the re-edited film. Despite the controversy over Leto’s edgy interpretation of the villain, the character has only had a minor role (at best) in the live-action DC films. Leto himself has only appeared in a few scenes in Suicide Squad (although there are reports that his role in the film was cut down in post-production). Leto’s character was also referenced — but did not appear — in Harley Quinn: Birds of Prey, released earlier this year, which follows Margot Robbie’s Harley Quinn in the wake of her breakup with the villain.

The news that Leto’s Joker will feature into Zack Snyder’s Justice League is also perplexing in a larger sense, given that Leto was never slated to appear in any of the original versions of Justice League — even Snyder’s original cut of the film from before he stepped down — outside of some vague, debunked rumors from the summer of 2016.

The fact that Snyder appears to be using the reshoots (which will also reportedly feature Ben Affleck, Ray Fisher, and Amber Heard) for his own cut of Justice League to introduce an entirely new character to the story could indicate more substantial changes from both his original version of the film as well as the final theatrical cut that director Joss Whedon finished back in 2017.

The history of the so-called “Snyder Cut” is ultimately a long and complicated one. But one thing is becoming increasingly clear: whatever the four-hour-plus Zack Snyder’s Justice League ends up being when it comes out next year, it’ll have grown beyond even Snyder’s original intentions for the film.