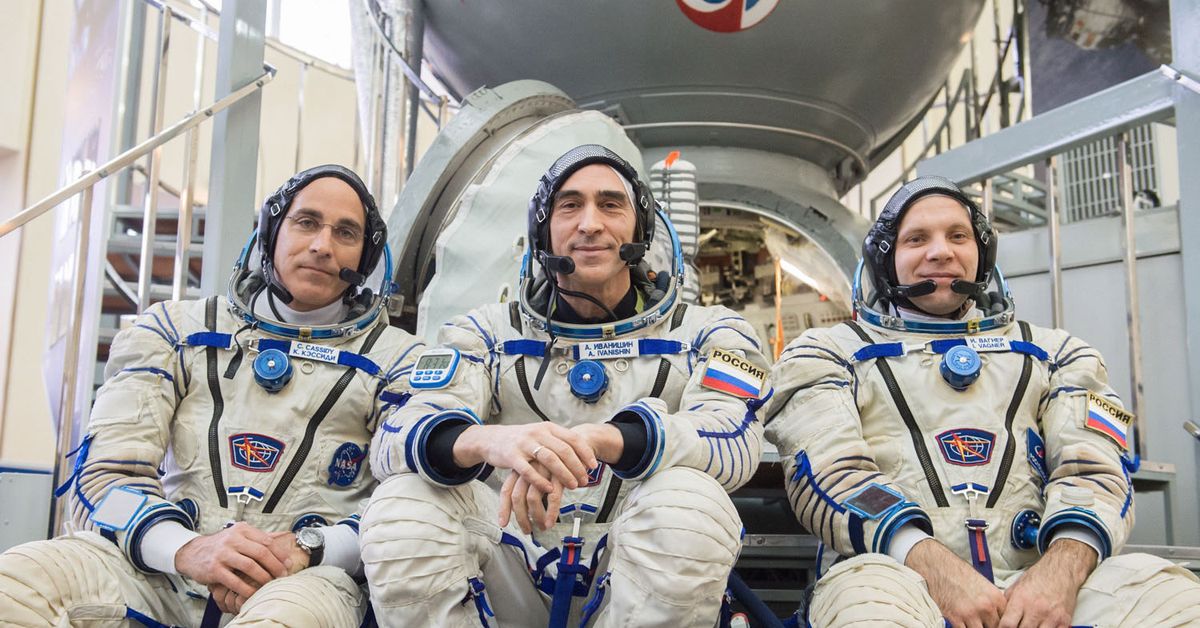 This evening, three astronauts who have been living on board the International Space Station for the last six months will return back to Earth in a Russian Soyuz capsule, landing in the middle of the Kazakhstan desert. The trio have lived in space for nearly the entirety of the COVID-19 pandemic and are now returning as cases are rising again across the world.

NASA astronaut Chris Cassidy and Russian cosmonauts Ivan Vagner and Anatoly Ivanishin launched to the ISS on the Soyuz back in early April, nearly a month after the World Health Organization had declared that the COVID-19 outbreak had become a pandemic. Thanks to the outbreak, the crew underwent a stricter quarantine than usual before they took off. Cassidy said he remained mostly isolated when he first arrived in Russia’s Star City ahead of the launch. “Had I been in normal quarantine, I probably could have gone out to some restaurants and left the immediate parameters of the Star City area and just been smart about where we went,” Cassidy said during press interviews on March 19th. “But not this time.”

The crew then traveled to their launch site at the Baikonur Cosmodrome in Kazakhstan and went through the typical two-week quarantine that all astronauts undergo before launching.

Since arriving at the space station on April 9th, the trio have mostly lived alone as the pandemic ebbed and flowed on the Earth below. They did welcome some visitors over the summer, when NASA astronauts Bob Behnken and Doug Hurley flew to the ISS aboard SpaceX’s new Crew Dragon capsule at the end of May. Their arrival marked the first time that people had flown to the ISS on board a privately made vehicle.

Behnken and Hurley only stayed for two months, returning to Earth on August 2nd. “It was lonely conversations I had with myself at dinner prior to their arrival,” Cassidy said the day before they left. “And with these last two months, it’s been fantastic to have buddies at the chow table to reflect on the day, think about tomorrow, and talk about world events.”

Cassidy, Vagner, and Ivanishin are leaving just as another crew of three are taking over control of the ISS. NASA astronaut Kate Rubins and cosmonauts Sergey Ryzhikov and Sergey Kud-Sverchkov arrived at the ISS on October 13th. Ryzhikov took over command of the station yesterday, and the new trio will stay on the ISS until April. They’ll eventually be joined by four astronauts, all slated to fly on the second crewed flight of SpaceX’s Crew Dragon. That flight is tentatively planned for mid-November, though NASA and SpaceX have not confirmed a date yet. NASA is currently reviewing an engine issue that cropped up on SpaceX’s Falcon 9 rocket, which carries the Crew Dragon to orbit.

After mostly avoiding the pandemic, Cassidy and his crewmates will now be returning to a world that is still focused on social distancing, wearing masks, and stopping the spread of COVID-19. In a tweet, Cassidy showed pictures of himself wearing a mask, claiming he was practicing for his “new reality.”

Their departure gets underway today at around 4:10PM ET, when the crew will climb inside their Soyuz and close the capsule’s hatch. The trio will then undock from the station at around 7:32PM ET and the Soyuz will slowly distance from the station for the next two and a half hours. The capsule’s engines will fire at around 10PM ET, taking the Soyuz out of orbit and putting it on course for Earth. The Soyuz should land around 10:55PM ET, according to NASA.

NASA plans to provide coverage of every major event tonight on its dedicated channel, so check back throughout the night to watch Cassidy and his crewmates make their way home.