Published by SaidulBadhon on October 22, 2020 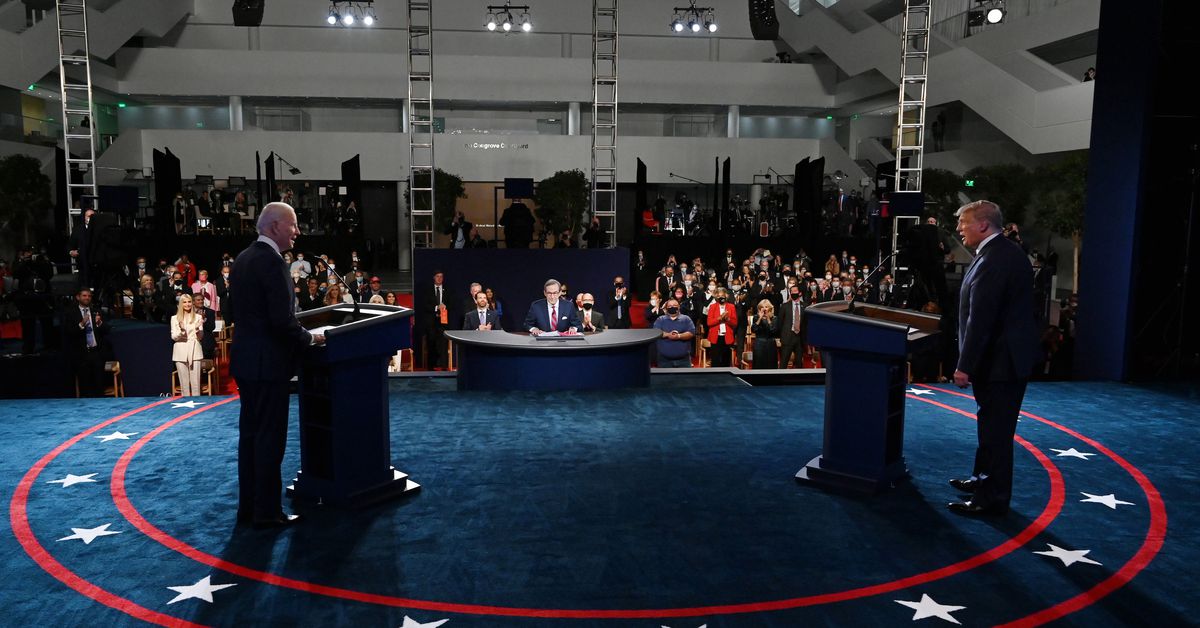 On Thursday, October 22nd, at 9PM ET, President Donald Trump and former Vice President Joe Biden will face off for the final debate of the 2020 presidential campaign. The debate will be held at Belmont University in Nashville, Tennessee.

Following Trump’s COVID-19 infection, the debate will be marked by a number of public health precautions. It will be held in person, but the candidates will be socially distanced and will not shake hands. The number of guests will be limited, and all guests will be required to wear masks.

The second debate was originally scheduled to take place on October 15th but was reorganized after Trump’s illness and ultimately canceled after he declined to participate in a virtual event. As a result, tonight’s debate is the third officially scheduled event with the two candidates but is only the second to actually take place.

How do I watch tonight’s presidential debate?

The debate will air on every major news network and be live-streamed online by a range of channels. On YouTube, you can find debate streams from C-Span, ABC, CBS, NBC, Fox News, and PBS, among others. We’ve embedded the C-Span live stream at the top of this post.

The debate is scheduled to start at 9PM ET and will run for approximately 90 minutes.

Who is moderating the debate?

Tonight’s debate will be moderated by NBC’s Kristen Welker, a rising star within the network. It’s Welker’s first time moderating a presidential debate, and she has been the subject of unrelenting public insults by the president in the days leading up to the event.

“Obviously, I don’t want to see my friend criticized in any way, but she’s tough and she can take it,” colleague Andrea Mitchell told The Washington Post, as part of an article on the unusual behavior. “I think it’s inevitable and it comes with the territory. And I think she’s ready for it.”

What topics will the debate cover?

Welker has named the following six issues as the general topics for the debate, to be given roughly 15 minutes each.

Have the rules changed since the first debate?

The first debate was widely criticized as unruly and unpleasant, driven in large part by persistent interruptions by Trump. In response, debate organizers will now give candidates two minutes of uninterrupted time to address each of the major topics, during which time their opponent’s microphone will be silenced. The opponent will be able to respond at the close of those questions, and crosstalk will be allowed after the opening statement has been completed.

Deal Savings Price Show more (4 items) This story is part of Holiday Gift Guide 2020, CNET’s gift picks with expert advice, reviews and recommendations for the latest tech gifts for you and your family. Read more…

Deal Savings Price This story is part of Holiday Gift Guide 2020, CNET’s gift picks with expert advice, reviews and recommendations for the latest tech gifts for you and your family. Black Friday has officially ended, Read more…

This story is part of Holiday Gift Guide 2020, CNET’s gift picks with expert advice, reviews and recommendations for the latest tech gifts for you and your family. Black Friday is officially over, but now begins Read more…